Darcia VH got one offspring in 2018, JH's Visenya LVST (by Van Vivaldi) and was in foal with D’avie. 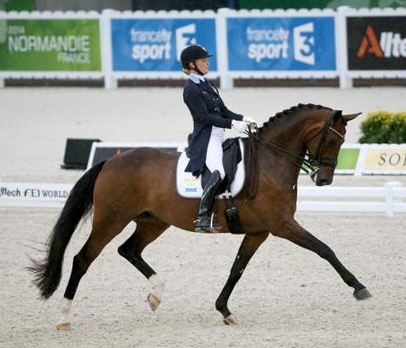 Högberg writes "My amazing mare Darcia VH passed away today! This amazing mare who took me to the World Equestrian Games in Caen. She was the kindest, sweetest most wounderful horse with a talent for piaff and passage that was out of this world! But most of all I will remember her kindness and soft nose."